How I Manifested my Dream House on the New Moon

How I Manifested my Dream House on the New Moon

I am currently sat in my dream house writing this blog, all because I made it happen by working with the Moon.

Here's how things went down.

Let's get a little background to the story

18 months before moving to where I am now, Dave and I moved in together for the first time. Just over a year later, we got married, then adopted a second dog, which is our equivalent to having a second child.

Dave was offered a great opportunity with the Army to apply for his dream position, but it would mean relocating.

My first reaction was a bit fat no to moving, but within 24 hours I knew he would get the job if he applied for it, and we would be moving west.

Everything needed to happen quickly, as his whole Army unit was moving in time for the New Year 2022.

I knew what I wanted

As we started to look at houses, I knew where we chose to move would be for the long-term. We were looking for our forever home, and we had less than two months to do it in.

Dave's job was in Lancashire, but I was determined to remain in Yorkhire, which is thankfully a big county here in the UK, that borders onto Lancashire, just a 20 minute drive from Dave's new posting.

I made a list of things I wanted the house to have, where I wanted it to be located, what it looked like, and how it would feel living there.

Then I visualised it as many times as possible throughout the day.

It was the first thing I thought about on a morning, it was part of my thoughts throughout the day, and it was the last thing on my mind before going to sleep at night.

- the below image shows the list I wrote in my journal, which is now crossed out as my work is done 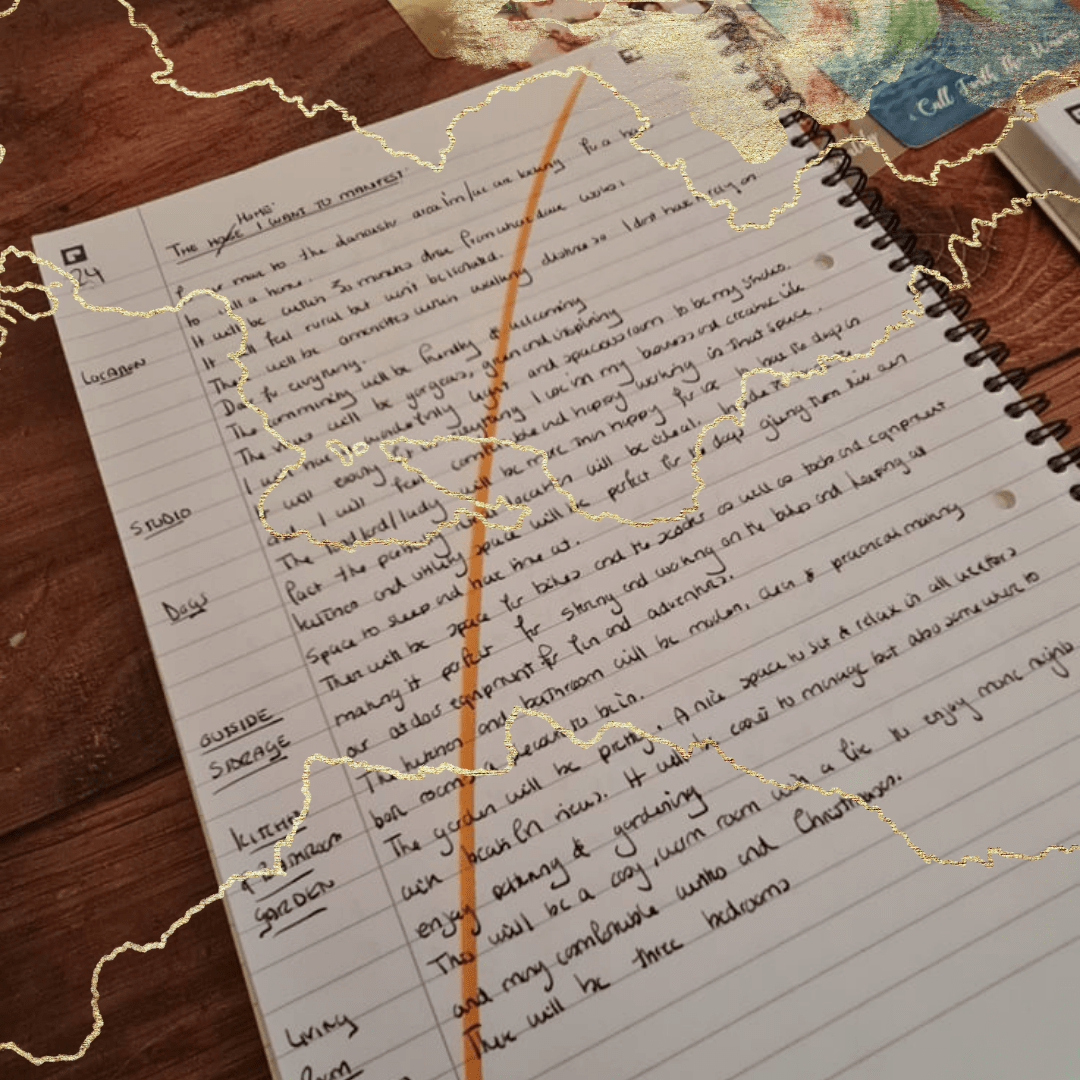 We began viewing properties at a time when everyone in the country appeared to be doing the same. The competition for each house was crazy!

We only viewed three properties, all of which had multiple interested parties, but one stood out above all the others. It was the house from my list!

As I walked through the front door, I knew without seeing the rest of the property that we were going to live there. I've never been more certain about something that was out of my control before. It was scary and exciting in equal measure.

We applied for the house, along with seven other applicants, and we waited. And waited.

The waiting was so hard. The not knowing was torture. I knew I had to take control of this process. So I began manifesting like I've never done before in my life.

Every day, I visualised us living in the house.

I saw Dave, the dogs, and me all sat on the sofa on a Friday night eating chocolate and watching a movie.

I imagined waking up each morning and making coffee in the kitchen.

I saw myself sitting in the garden, working in my office, sleeping in my bed.

Part of my visualisation process included the belief that I deserved to live in the house. This house would be a huge upgrade in quality of living compared to our previous home, which we loved, but had its issues. I kept telling myself that we deserved to be there until I finally believed it to be true. This was probably one of the most powerful actions I took.

I sent photos of the house to my friends, who I knew were master manifestors, and asked them to visualise coming to visit me in my new home.

I wished on the new Moon

At the new Moon in Scorpio on 4th November 2021, I spent time crafting my new Moon wishes to support my dreams of living in the house of my dreams.

In a small ritual and using the wishes worksheet, I share with members of the Moon Portal and I sent the following wishes out into the Universe: The energy of the Scorpio new Moon was about transformation, power struggles, and shared finances. This meant there was a lot of energy for me to work with in alignment with my wishes.

I teach about the power of each new Moon and set Moon specific intention inside the Moon Portal Membership every month.

The wait was over

We finally got the good news that our application was successful, and after some additional checks and legal stuff, the house was ours.

I don't think I've ever been so invested in the outcome of something in all my life, and the relief and happiness experienced was amazing.

I fully believe that the magick of this manifestation started before we even knew about Dave's job or relocating. Here are some fascinating synchronicities that brought us to our dream home.

A village with the same name

Remember I mentioned Dave and I first moved in together 18 months earlier? At that time, we wanted to move to a village with the same name as the one we live in now, but it was in another county. We didn't end up there, but looking back, it was clearly the right name but the wrong village.

A previous visit with a friend

A couple of months before this whole job application and house hunting process began, my friend and I came to the village I currently live in on a day trip to visit the waterfalls. As we drove through the village, I pointed to some houses and said "oooo I can imagine living there". The house I eventually moved to is about 100 meters up the road and built from the same stone and in the same design.

When we moved in and met the lovely neighbours, we obviously introduced ourselves as Sarah and Dave, only to be told the previous residents were also called Sarah and Dave!

Dreaming of the Yorkshire 3 peaks

For a couple of years, I have dreamed of doing the Yorkshire 3 peaks again. For those who don't know what it is, it's a hiking challenge to climb the three highest peaks in Yorkshire in under 12 hours, over a distance of 25 miles and 1600m of ascent. I've done this before in just over 10 hours when I was in my 20s, but I've always wanted to accomplish it in less than 10 hours.

I now live at the bottom of one of the three peaks mountains and can hike from my front door to the summit in a couple of hours. Guess where I plan to spend most of my free time!

I manifested my dream house

Whether or not you believe in the power of the Moon, manifesting, and the Law of Attraction, it's hard to ignore the series of events which brought us to where we are right now.

For me, my woo-woo, synchronicity and spooky event radar is off the charts!

Learn How to Set New Moon Intentions that Actually Work

Find out more and join the Free Online Masterclass 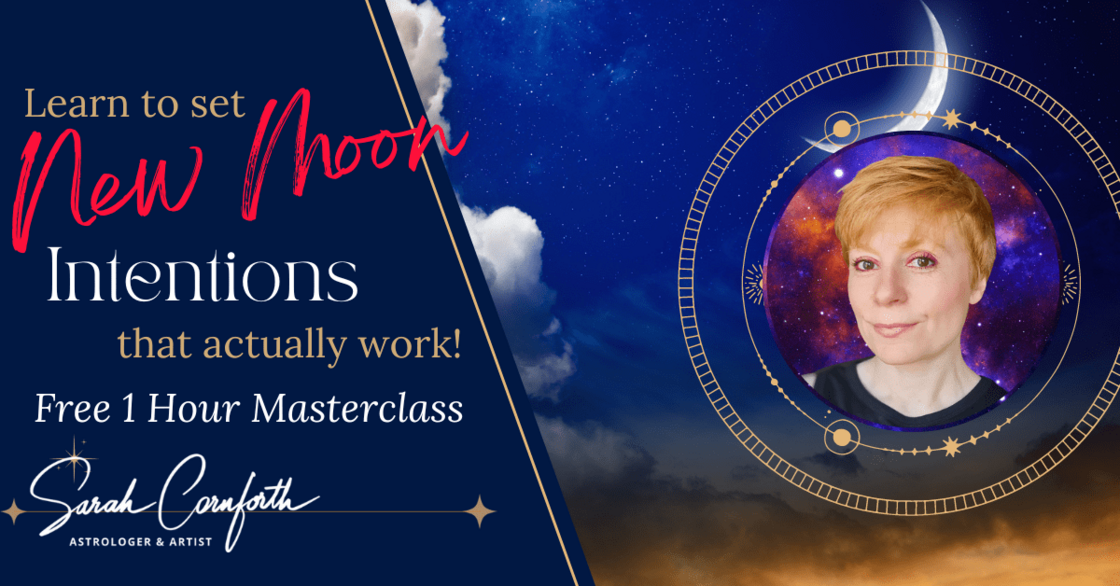 Tell me your thoughts

Let me know in the comments below

Other resources to check out

(some I've mentioned in this article)

Thank you  I feel blessed to be where I am right now :) Thank you for reading and happy manifesting xx

I think I will apply your wishes 😊 to my NEW MOON energy of today for my new house.

Whilst I love my home of 30 years and have resulted in th  past three months.. I feel there's a move.  Tge question is where?   My lifelong dream is to move to the coast  or.. a brand new home set more south  (inland ) to be closer to my grandchildren...  moving to the coast would put me over 1.5 hours away.   Hmmm... decisions.. decisions...