What is Mercury Retrograde?

What is Mercury Retrograde?

There are three distinct phases of the Mercury Retrograde cycle. They happen as the planet Mercury appears to pass over the same degrees in the zodiac, three times in a row.

The first time is known as the pre-shadow phase. At this point, Mercury is still moving forward, but is slowing down.

The degrees of the zodiac sign it passes over during this time will be navigated twice more. This is our first experience of the Mercury Retrograde lessons.

During the pre-shadow phase, we prepare for the Mercury Retrograde event by noticing things that happen in our lives and the lives of those around us. This is your planetary heads up for the potential lessons you may experience while Mercury is in Retrograde.

I highly recommend journaling for greater awareness during this time.

During the December 2022 Mercury Retrograde Cycle, the pre-shadow phase takes place between 12th and 29th December and moves between 08.08 degrees and 24.21 degrees in Capricorn.

At the point where Mercury begins it’s second phase of the cycle and goes retrograde, it first appears to stop. This is known as stationing, after which Mercury goes backwards, covering the same degrees as the pre-shadow phase, but in reverse.

This is the time to witness and notice the lessons and guidance all around you. Mercury Retrograde is about going over old ground and getting a new level of insight and understanding to help you move forward. At the same time, it can feel like things have stopped or you are stuck, but they will soon get moving again. If you apply the knowledge and wisdom gained during this time, you will experience improved results from your efforts.

The third phase is known as the post shadow phase. This is when Mercury covers the same ground for the third and final time. The start of this phase is triggered by Mercury stationing direct, before beginning to move slowly forward again, picking up momentum and eventually reaching normal speed.

As we pass by for the third time, we take what we have learned during the first two phases and begin to implement these lessons. This is the actions phase and one of the most valuable parts of the retrograde cycle. This is your time to make a difference to your life going forward.

During the December 2022 Mercury Retrograde Cycle, the post-shadow phase takes place between the 18th January and 7th February, and moves between 08.00 and 24.21 degrees in Capricorn.

As Mercury, the planet of communication, goes retrograde, life can get interesting, to say the least.

Taking place three to four times a year, this retrograde phase is a natural state of rest, and it’s important to learn how to use these periods to your advantage.

The so frequently talked about 'difficulty' experienced by people during Mercury Retrograde is oftentimes connected to our unwillingness to look at this time as a teaching moment.

Yes, there may be frustrations, challenges and struggles, but each one of those events has a purpose, and that is to help you grow and evolve into who you are meant to be.

Are you ready to not just survive, but thrive your way through Mercury Retrograde? 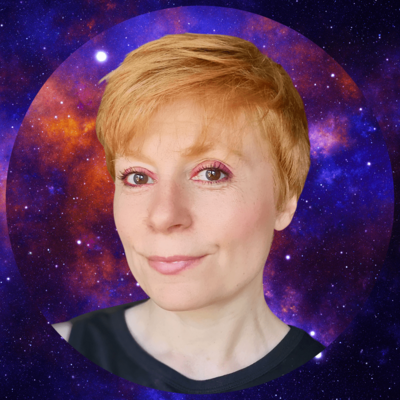 I’m a big fan of using every tool available to create our best lives. It’s not always easy to see life’s challenges as opportunities, but as we learn to tune in to our own needs, explore our behaviours and make better future decisions, it becomes possible to craft an amazing journey for ourselves and those around us. My goal is to help you explore your own life, habits and behaviours in a way that can benefit you and those around you.

If you loved this article, then you’re going to love Cosmic Cuppa, my Monday morning motivational emails, where I share a peek behind the scenes of my own life and how I use astrology, at and self-development to explore ways to show up and be better every day. I also send a digest of my weekly blog articles every Thursday.

There are no comments yet. Be the first one to leave a comment!